How do you describe yourself?

Does anyone in this room think that I can do wonders? I’m a normal guy from the Black Forest. My mother is very proud. I am the normal one. I was a very average player and became a trainer in Germany with a special club. I had a great job to manage Dortmund for seven years and it was the best for us to leave. I hope to enjoy my work. Everyone has told me about the British press. It’s up to you to tell me they are all liars!

Q. Are you ready for the expectations?

Twenty-five years is a long time [without winning the league]. All the people have tried to get better and take the title. History is the base for us. It’s not allowed to take the history in the backpack. You have to come in our race. I want to see the first step next week but not always compare with other times.

This is a great club with great potential. We have strong, fast players with flair. Let’s start a new way. This is the perfect moment. I don’t know everything but I am a good listener. I will go to Melwood and see what works and what doesn’t.

It’s a good moment now. Not all the players are there and then we will start. We will try to play very emotional football. All the world is talking about ball possession, but we have to have a plan for when we have the ball and when we don’t. It’s time to restart.

Q. What attracted you to Liverpool?

Sorry for my English! Usually I am on holiday. Since a few days I am back in the race. It’s the biggest honour to be at one of the biggest clubs in this world and the opportunity to try and help the situation. It’s not the perfect moment but it’s a good moment to come. I feel really proud.

I’m looking forward to the intensity of football and how the people live football in Liverpool. It’s a special club. I had two special clubs and this role is the perfect next step for me to try to help.

Q. What are your aims?

This is one of the biggest problems in Liverpool. The Premier League is one of the most difficult in the world. There’s five, six or seven clubs that can be the champions. Only one can win and all the others are disappointed and live in the middle of disaster.

The most important for the development is the start. This is a good moment to restart. It’s not important now who is the winners of the Premier League. We play our own game and it’s important the players feel the confidence and trust of the people.

They have to think they can reach the expectations of the fans and the press. If someone wants to help they have to change from doubter to believer. We have to change our performance because no one is satisfied at the moment. If you want to enjoy the game you have to be prepared. You want to see fighting spirit, many sprints, many shots, and the result is the result of these things.

Will you have control over signings?

It’s a crazy discussion. It was not a problem for 10 seconds. I’m not an idiot. It’s enough that I have the first and the last word – in the middle we can discuss. We want to discuss good players on the highest level. I’m not a genius. I need other people to get the perfect information. When we have this we will decide to sign or sell a player.

When you came here for a pre-season game did you think you would be manager?

I’m not a dreamer but I’m a romantic. I love the stories and Anfield is one of the best places in the football world. It was my first time and I thought about how it would be. Now I’m here. I’m a lucky guy and really looking forward to the first match. I am prepared. I had four months holiday and am in the best shape.

How do you describe yourself?（ここは訳した）

Does anyone in this room think that I can do wonders? I’m a normal guy from the Black Forest. My mother is very proud. I am the normal one. I was a very average player and became a trainer in Germany with a special club. I had a great job to manage Dortmund for seven years and it was the best for us to leave. I hope to enjoy my work. Everyone has told me about the British press. It’s up to you to tell me they are all liars!

What style of football can we expect?

I’m not here to talk too much about the football. I want to talk to the team first. Everyone knows me. It’s emotion, speed. It’s a transition game so you will see this. All the things that make football interesting I want to see.

We have to make points and win games. I don’t want to promise a style of football. I promised full-throttle football in Dortmund. It would be really nice if there’s no photos in the hotel. It would be nice if we concentrate on football from 11am onwards.

How did you spend your holiday?

I had a normal holiday. I’m 48 and most of the time in my life I had no money. The next day I had no time! It was really cool. I was with the family and played a lot of tennis. Everything was ok. Now I’m here I’m relaxed and fine.

The last thing I said when I left Dortmund was I would see what happens. If someone called me then I would speak – and that’s what we did. We had a good feeling. They are cool guys so we had a good meeting and it was ok. It was clear to stop making holiday and then start to work.

Is it a surreal feeling?

It’s surreal. I woke up this morning and I was manager of Liverpool FC. I don’t care about things like press. I’m a normal football manager and I want to be on the pitch. That’s similar all over the world. I am prepared for this because of my experiences. It’s absolutely crazy what happened here.

It’s not important what people said when you come in, but what they say when you leave. If we want this could be a special day. We can start in a very difficult league and in a special Liverpool way we can be successful. If we sit here in four years I think we win a title, I’m pretty sure. If not, maybe Switzerland!

Are there similarities between Dortmund and Liverpool?

It’s impossible to compare two clubs. It’s a similar situation, nobody is happy with the position in the table. But there’s no pre-season and some matches have already been played. It’s not important what we did in Dortmund. What we have to do is improve, to work for a common idea of play. The same thing we will do here.

The players are better in some cases and younger in some cases. I believe in the potential of this team. There are four or five strikers I can work with, experienced defenders, the goalkeeper is really good. You can be as good as you want but you have no control over the other team. If they are really good you have to bring them to your level. On your level you can kill any team.

How do you see yourself fitting in to Liverpool’s history?

I don’t compare myself with these geniuses within the history of Liverpool. It’s cool that you are looking forward to the work for the next few months and years. None of these managers said they wanted to be a legend when they arrived. This is a great club because of many good decisions in the past. 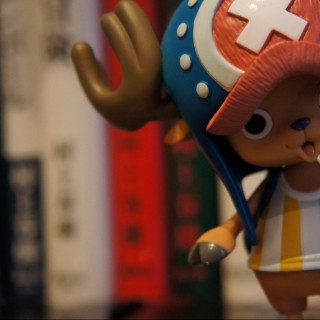